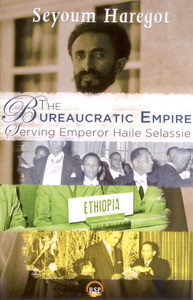 Dr. Seyoum has done a formidable job in documenting in detail the administrative and legislative effort exerted to reform the government of Ethiopia during 1957-1974 and the resistance faced every step of the way. He provides an insider’s view of what was happening within the Prime Minister’s of­fice and the highest echelons of government when the government was going through turbulent times. Akllilou Habtewold, the Prime Minister and his Cabinet of Ministers efforts were stifled by resistance from the aristocracy. Failure to bring peaceful reform resulted in the violent revolution and bloodshed. The book will be an important, if not the only dependable insider’s view on the Haile Selassie government by one of the main actors. It will be an indispensable source in academic and research institutions as well as for general reading. Ethiopia and Haile Selassie’s government have been the subjects of many books, mostly written by foreigners. Dr. Seyoum provides the experiences of someone who lived it. “The Bureaucratic Empire” is a legacy that will be cherished by generations to come and bears testimonial to the contribution that the author and people around him made under daunting circumstances.

DR. SEYOUM, the son of Dej. Haregot Abbai and Woizero Lemlem Gebrekidan was born on October 27, 1932 in Asmara, Eritrea. He attended elementary school at the Swedish Evangelical Mission in Asmara and high school at the Comboni Preparatory College in Khartoum. He received a B.A. degree from the American University of Beirut in 1954 and a Juris Doctor from the Harvard Law School in Cambridge, Massachusetts, in 1957.

Dr. Seyoum’s distinguished career started in September 1957 when he joined the Ethiopian Ministry of Foreign Affairs in Addis Ababa as a legal advisor. Through April 1974, he served in increasing roles of responsibility culminating as Minister, Head of the Prime Minister's Of­fice and member of the Council of Ministers.

From April 26, 1974 until September 11, 1982, Dr. Seyoum was in political detention, under the cruel and inhumane military government of the Dergue. After he was released from detention, Dr. Seyoum taught law at Addis Ababa University and then moved to the United States in 1985. From 1985-90, he worked with Ralph Nader at the Center for Responsive Law in Washington DC, appeared in front of various Congressional Committees and taught at the Georgetown University Law Center. During 1990-2002, he worked as Chief Technical Advisor on a UNDP Management Development Program.

During his tenure in Asmara with the UNDP, he served as a member of the Executive Committee and Council of Constitutional Commission established by the Government of Eritrea and appointed by the National Assembly. He was instrumental in the development of the rati­fied constitution of 1997 as well as for its ­final translation to English.