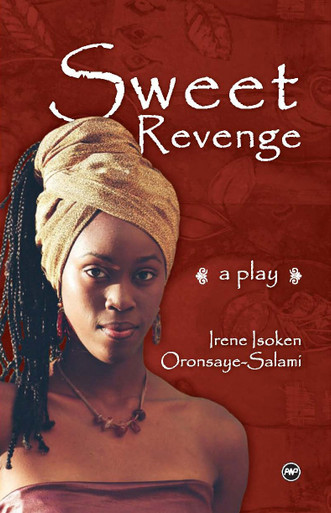 This insightful and thought-provoking play is a womans testimony that disappointment is a moving force which can propel one to the top. In the play, Sota Ojo can confidently claim that he is on the right side of opportunities. He travels abroad from his native country, Nigeria, into the waiting hands of good life and of Cheryl, a white woman, who is so naïve that she does not know that Sota has a matrimonial family back home.

Years later, Sota is called home and handed a senatorial seat, literally on a platter of diamond. Aisosa Ojo, the home-based wife of Sota, remains faithful to the mother Africa symbolism: Great mother of her children, supportive, loyal and respectful wife of a chauvinistic, self-centred husband. Sotas rising profile, ironically, brings Aisosa contempt and ill-treatment from a man who should be thankful for the gift of Aisosa. Fortunately, fate has an uncanny way of standing by the oppressed.

Oronsaye-Salami explores the subjugation of women by the patriarchal system and the attempt of women to subvert it. Critical issues such as motherhood by experience, power, female resistance, diasporatic issues nationalism, sexism, empowerment, etc are all tackled in the play. In Sweet Revenge, Oronsaye-Salami offers a new perspective to womanhood, privileging her, reconfiguring her image and moving her from margin to centre.

Sweet Revenge is a study in the mystique of feminine grace and influence, the dynamics of homecoming, and reversal of fortune and nemesis. It is a celebration of morality of power and a thumb-up for a creative, integrity-driven humanity.

ABOUT THE AUTHOR
IRENE ISOKEN ORONSAYE-SALAMI is an Associate Professor of African Expressive Literature, Women, and Cultural Studies at the Department of Theatre and Communication Arts, University of Jos, Nigeria. She is steadily emerging as one of the dynamic and phenomenal female playwrights in Nigeria. She was first National President of the National Association of Women Academics (NAWACS), and the initiator of StreetCare Africa and Shade Tree Theatre for street and working children. Her other published plays include: Plays for Junior (an anthology of nine short plays), Emotan (A Benin Heroine), Queen Sisters (Ubi & Ewere) and More than Dancing. She recently concluded a Fulbright Scholarship and Visiting Professorship at the University of California, Los Angeles.