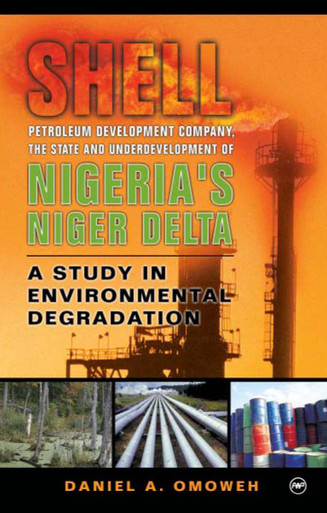 Shell, the State and Underdevelopment of the Niger Delta of Nigeria: A Study in Environmental Degradation deals with the origins, nature and trend of capitalist development promoted by Shell Petroleum Development Company (Shell) and the Nigerian State in the Delta region. It is no longer in doubt after the Ogoni uprising that the activities of Shell, the largest oil transnational in Nigeria, which accounts for more than 50 percent of the countrys total oil production, are degrading the environment of its host communities in the Niger Delta. However, what has not been properly understood about how Shell has underdeveloped the Niger Delta and is still doing so, which this book explains, is both the process and structure of its pillage and the role of the state in all this. This book, therefore, provides an alternative and critical theoretical framework for analyzing in a holistic and dialectical manner, the underdevelopment of the environment and economy of the oil producing areas with particular emphasis on those where Shell operate. For, Shells operations are most spread across the Niger Delta than those of all the other oil companies combined, which explains in part why they are worst hit by oil pollution in the region. It also undertakes a critical analysis of how the environment and economies of oil producing communities are systematically and steadily damaged over the years by Shell and the state in comparison with the activities of other foreign oil companies like Chevron and Mobil. It looks into the forms and patterns of protest the inhabitants of the oil producing communities took to resist their underdevelopment, noting the persons and institutions that are involved, the interests they represent, their problems and prospects, and the responses from both Shell and the state.

The book argues that the root cause of the environmental degradation of the oil producing areas in the Niger Delta is the mode of state-transnational capitalism in Nigerias oil industry. On account of its materialistic interest, the policies and actions of the Nigerian state vested the sole ownership of the land and the oil found therein on it thereby turning the inhabitants of the oil producing communities into squatters in their ancestral homes, and their environment treated as mine fields. This, Shell takes advantage of and operates with reckless abandon in the Niger Delta. This book is, therefore a compulsory text for scholars, policy makers, non-governmental organizations and international development agencies interested in turning the table of underdevelopment of the Niger Delta of Nigeria. It is also an indispensable book for the World Bank/IMF and other financial institutions mediating transnational capitalism in Nigerias oil and gas industry, particularly hydrocarbon exploitation in the Niger Delta.

ABOUT THE AUTHOR
DANIEL OMOWEH obtained his doctorate degree from University of Ife, now Obafemi Awolowo University, Ile-Ife, Nigeria. He is a Research Fellow at the Nigerian Institute of International Affairs (NIIA), Lagos, Nigeria. His primary research interest is in the field of international economic relations with emphasis on the oil transnational corporations, environment and development, and industrialization in Africa and a comparative study of the political economy of industrialization in Africa and Asia. His recent publications include Political Economy of the Operations of Shell Petroleum Development Company in Oloibiri Area of Nigeria; and Political Economy of Steel Development in Nigeria: Lessons from South Korea Dr. Omoweh has undertaken studies for international non-governmental organizations on development issues. He is a member of the Association of Third World Studies, and a Fellow of the Korean Foundation.