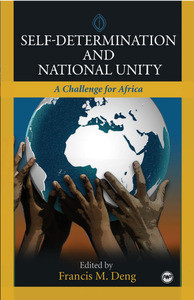 Most African countries suffer from crises of national identity that are rooted in the formation of pluralistic states, characterized by gross inequities among the component groups. Oftentimes, the state gets captured by dominant groups that then define the national identity framework on their terms to give themselves the preeminent status as the favored citizens who enjoy all the rights and dignity of citizenship. Other groups become discriminated against, marginalized, excluded and denied their citizenship rights. The origins of this situation can be traced to the colonial state which merged into the unitary state framework, distinct racial or ethnic groups, many of which would likely have viewed themselves at the time of colonization as nations in their own right. As the colonial powers applied a preferential treatment to the various groups and regions in their political and economic policies, diversity became correlative to disparities in the shaping and sharing of power, national wealth, social services and development opportunities. This was to sow the seeds of potential conflict among the component and comparative groups.

Instead of seeking remedies in addressing these disparities through equitable distribution and representation, many post-independence African governments adopted wholesale the constitutional models of their colonizers, which were not even observed by the colonial rulers. They imposed monolithic concepts of unity by suppressing diversity, leaving many Africans feeling disempowered, and disenfranchised. They not only sought recognition for their distinctive identities against majority domination, but also demanded equitable representation in the constitutional and governing frameworks of the state. In a number of African countries, this culminated in armed conflict and a demand for various forms and degrees of self-determination.

With the notable exception of Ethiopia, which, though briefly occupied by Italy during World War II, was never colonized, all the countries covered by the case studies in this book are colonial states. And except for Botswana, they all experienced conflicts in which identity and disparity were critical factors. Ethiopia too has been equally devastated by conflicts based on ethnic pluralism, stratification and discrimination. Self-Determination and National Unity aims at addressing the challenge of managing diversity constructively to promote peace with justice, unity in diversity, and stability with dignity for all, prerequisites for sustainable socio-economic development and nation building.