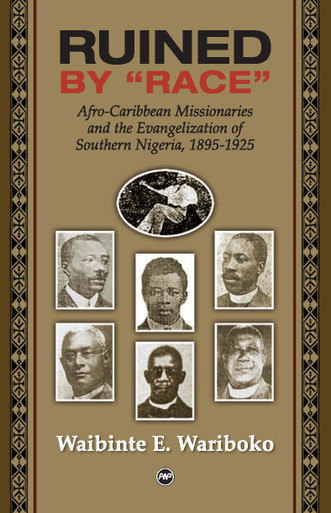 The transition from the episcopate of Bishop S. A. Crowther to that of Bishop H. Tugwell in the Niger Mission was marked by sociopolitical and economic problems around the end of the nineteenth century. In addition to the problems posed by the separation of the Niger Delta Pastorate Church under Archdeacon D.C. Crowther, the Niger Mission was also faced with an acute shortfall in its workforce due in large part to the loss of its traditional Sierra Leone supply market for African missionaries. As a result, Tugwell turned to the West Indies for the recruitment of black West Indians for service in Southern Nigeria. Informed by the notion of racial affinity between black West Indians and West Africans, Tugwell and his allies in the Caribbean and London required the former to make Africa their home so that they could be perceived and rewarded like African agents. However, because the idea involved a substantial devaluation in the material benefits to be derived from missionary service, the black West Indians vigorously objected to the proposal.

They wanted instead to be perceived and rewarded as foreigners on the same footing as Europeans. Unresolved tensions over status and identity, including the redistribution of scarce resources, ultimately led to the premature collapse of the scheme. This book, among other things, explores the connection between the socioeconomic interests of the West Indians and their construction and representation of race in the Niger Mission. By refusing to make Africa their home, for example, they were rejecting the popular notion that race-belonging was a precondition for the sociopolitical and cultural transformation of Africa  an idea popular among those who believed in the essentialist notion of race in the late nineteenth and early twentieth century: Tugwell and his allies in London and the Caribbean, including those black activists, scholars and publicists who advocated for the back-to-Africa movement in the New World such as Wilmot Edward Blyden, Albert Thorne, Henry Turner, Alexander Crummell, and Marcus Garvey. The overall conclusion is that the factors influencing how we construct identity and represent race are largely dependent on our desires  for example, the desire for recognition or status, association or affiliation, and economic empowerment.

ABOUT THE AUTHOR
WAIBINTE WARIBOKO is senior lecturer in African history at the University of the West Indies in Mona, Jamaica. He is the author of Planting Church-Culture at New Calabar: some neglected aspects of Missionary Enterprise in the Eastern Niger Delta, 1865-1918. He has also contributed numerous book-chapters and journal articles on the missionary enterprise in Southern Nigeria.