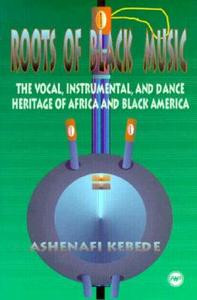 "A much-needed point of view, unusually broad coverage, and, in certain areas, extensive treatment of special interest. This is a text both scholarly and humane, both African and American." -David P. McAllester, Society of Ethnomusicology

"Both its style and subject matter should appeal not only to a general readership but to a college level class... [The] refereneces, bibliographies, and discographies make it especially valuable." Robert Washburn, Crane School of Music, State University of New York

An authoritative, fascinating study of the origins of black music, reflecting the author's own life experiences growing up in Ethiopia, first-hand knowledge acquired through fieldwork in Africa, and a wealth of research findings int eh United States, this book traces the development of songs, instrumental music, dance, blues, and jazz. Included are biographical sketches of some of the most outstanding musicians of Africa and North America. Dr. Kebede also discusses urban music and the impact of the communication media on traditional forms of the black music.

Bringing rare insight to his subject, professor Kebede goes beyond the limitations of many introductory texts, treating in considerable depth the construction, tuning, and use of various musical instruments. Roots of Black Music covers both oriental and sub-Saharan cultures in one volume and is designed to further your understanding of the music of African and African American peoples. Finally, it is a book that will increase your appreciation through the pleasures of listening.

ABOUT THE AUTHOR
DR. ASHENAFI KEBEDE, a world authority on Ethiopian and African Music, has published books and numerous articles. He founded the National School of Music in Ethiopia, which has since produced many of the nation's young music scholars, composers, and performers. He also wrote the syllabus of the Institute of Music, Dance, and Drama for the government of Sudan. he is currently serving as Professor of Ethnomusicology and Director of the Center for African American Culture at The Florida State University. In addition, he is Coordinator/Director of the Ethiopian Research Council.