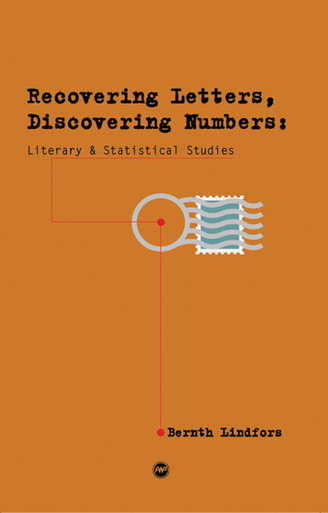 The essays in this collection are attempts to arrive at a few new truths about writers and their writings based on novel evidence that has been either found by chance or subjected to unusual forms of analysis. The lucky finds include letters by Wole Soyinka, Derek Walcott and Sarah Gertrude Millin. Among the texts examined are Julius Nyereres Kiswahili translation of Shakespeares "Julius Caesar," some love poems by Dennis Brutues, and a novel and film by Sembène Ousmane. In addition there are several statistical studies that reveal salient patterns in the criticism of Anglophone African literature and in the teaching of that literature in South African university English departments. The brain drain of African writers and scholars is also discussed.

ABOUT THE AUTHOR
BERNTH LINDFORS, Professor Emeritus of English and African Literatures at The University of Texas at Austin and founding Editor of the journal "Research in African Literatures," has written and edited more than forty books on African literatures, the most recent being "The Writer as Activist: South Asian Perspectives on Ngugi wa Thiongo" (co-edited with Bala Kothandaraman, AWP, 2001), "Africa Talks Back: Interviews with Anglophone African Authors" (AWP 2002) and "Black African Literature in English," 197-1999 (2003).