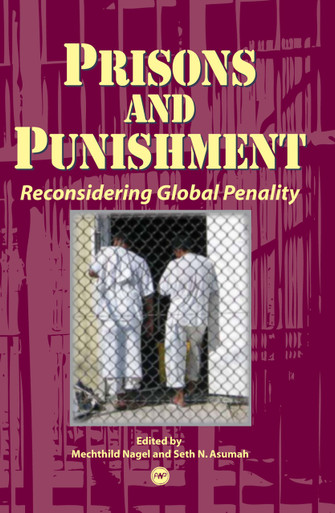 Focusing on cross-national perspectives about penal theories and empirical studies, this book brings together African, European, and North American social philosophers and sociologists, political scientists, legal practitioners, prisoners, and abolitionist activists, to reflect not only on the carceral society, notably the United States, but also on the reconceptualization of punishment.

Indubitably, the United States leads the world in mass incarceration. The U.S. is also exporting its retributivist and anti-terror ideologies overseas, feeding into nations moral panic from France, through Malawi, to South Africa. While it is important to analyze the North American punishment industry, often called prison industrial complex by prison critics, one can no longer afford to ignore global trends of punishment models. Therefore, contributors to this volume explain how the US prison complex has expanded globally, throughout many developing nation states, backed by private security companies and drug and juvenile justice legislation.

Precisely because we live with a grim overindulgence in a culture of incarceration, visions of alternatives to incarceration and articulation of abolitionist strategies are of utmost importance to social justice activists. Contributors, including prisoners, explore the anti-globalization motto another world is possible refracted through the lens of abolishing penal regimes. This includes call for drug liberalization laws, sentencing guidelines and overall decarceration social policy.

Theorizing punishment and state violence from philosophical perspectives involves an analysis of the meaning of doing time and of a just desert theory in punishment in addition to probing the concept of just mercy from a feminist ethics of care. From their politics of location behind bars, students of philosophy also unlock the embodied existence of the imprisoned self. Sharing personal-and gendered-experiences of imprisonment in federal detention and in jails will contribute to a richer understanding for those who may only have a mediated and romantic sense of being locked downgiven by Hollywood movies or makers of the Oz show.

This book therefore contributes to a salient look at incarceration from a global perspective. It compares historical and contemporary ideological formations that lead to a moral panic, resulting in more punitive measures to criminalize populations. Furthermore, it provides tools for beginning students of criminal justice as well as advanced social theorists for thinking critically about prisons and punishment.

About the Editors:
MECHTHILD NAGEL is Professor of Philosophy at the State University of New York at Cortland.

SETH N. ASUMAH is Professor of Political Science and Chair of the African American Studies Department at the State University of New York at Cortland.