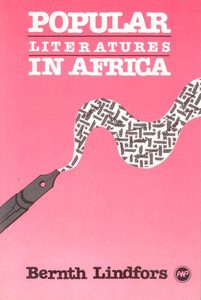 What is the written word that captivates the masses of African people? What are the stories and essays that most Africans read? Scholars usually pay little attention to the popular literature of Africa. At long last, however, one the best known students of African literature, Bernth Lindfors, turns his careful attention to the subject. The twelve essays here display concisely written and meticulous scholarship in pursuit of a greater understanding of African's popular writings, while at the same time delighting readers with an engaging sense of humor. Knitted together by the author's own Introduction, the essays are grouped regionally to represent West, East and South Africa. They also cover general history and trends as well as specific popular aspects of works by canonical writers such as Chinua Achebe, Ngugi wa Thiong'o, Ayi Kwei Armah, and Dennis Brutus. All lovers of African writing will find this volume enlightening.

ABOUT THE AUTHOR
BERNTH LINDFORS, Professor of African Literatures and English at the University of Texas at Austin, is one of the most prolific and widely read critics of African literatures in English. he was the founding editor of the journal Research in African Literatures, which he directed from 1970-1989. Among the books he has written or edited are Research on Soyinka, (co-edited with james Gibbs), South African Voices, The Blind man and the Elephant and other Essays in Biographical Criticism and many others.