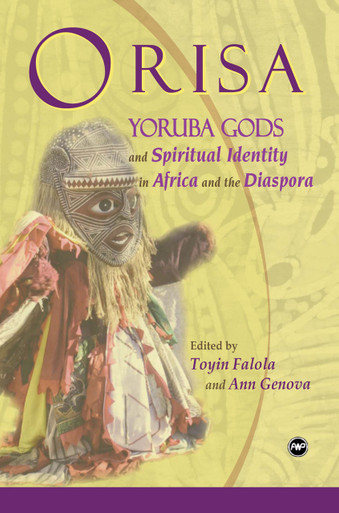 This volume rests on the crucial recognition that Yorba culture has extended far beyond the boundaries of Nigeria. For members of Yoruba diaspora, temporal and geographic distance has not fully erased their memory or cultural activism. Orisa worship remains one of the most prominent and recognizable evidence of this connection. With millions of Orisa practitioners in the world, Yoruba gods are very much alive and form part of the Nigerian and Yoruba diasporan religious experience. This Volume seeks to introduce new ideas, perspectives, and methodologies on Orisa worship. The chapters reflect a multi-disciplinary approach to orsia study, covering a wide range of topics such a divination, the practice of Santeria, festivals and songs, the creation of the orisa-based communities within the United States, and globalization of cults. Most importantly, the volume documents the survival of religious practices, and its important role of reinforcing cultural values within a community as well as empowering its members to progress in the modern world.

ABOUT THE AUTHORS
TOYIN FALOLA is the Frances Higginbothom Nalle Centennial Professor in History at the University of Texas at Austin. His is also a follow of the Nigerian Academy of Letters and a Distinguished Teaching Professor. He is the author of numerous books, including his memoir A Mouth Sweeter than Salt and The Power of African Cultures. In recognition of his devotion and contribution to the study of Africa, Falola’s colleagues presented him with festschriften; The Transformations of Nigeria: Essays in honor of Toyin Falola and The Foundations of Nigeria; Essays in Honor of Toyin Falola.

ANN GENVOA is a doctoral candidate at the University of Texas at Austin. She is completing her Ph.D. on Nigeria, and is the recipient of the Patrice Lumumba Fellowship from the Center of African and African-American Studies at the University of Texas. She is the co-author of The Politics of the Global Oil Industry and a chapter contributor to edited volumes including The Dark Webs: Perspectives on Colonialism in Africa and Yoruba Identity and Power Politics.