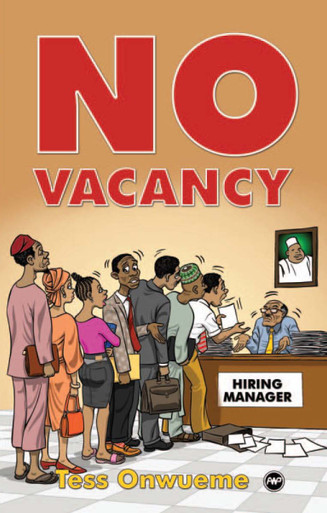 This play presents a group of highly talented, educated, but unemployed youths, who feel wasted and betrayed by a government and society which tell them that in order to move ahead and gain employment, they have to get an education and acquire meaningful skills. They find that after the hard earned degrees their country shows neither the required interest, nor plan for them, and does not even help them gain any viable means of livelihood. For one thing, the industries and jobs have disappeared and migrated overseas, as the government leaders, colluding with their powerful business allies, continue to control and exploit the cheap labor abroad for their own maximum profit. The disenchanted youth finally mobilize into an improvised camp to develop their own strategies for changing the unacceptable social system and condition. But they soon discover that the promised road to change is and marked by chronic frustration, treachery, and betrayaleven from within their own camp.

ABOUT THE AUTHOR
OSONYE TESS ONWUEME is the author of several award-winning plays and has established an outstanding international reputation as one of Africas finest women writers. She is currently Distinguished Professor of Cultural Diversity, and Professor of English, University of Wisconsin, Eau Claire, Wisconsin. Her creative works include: Then She Said It (2002), Shakara: Dance-Hall Queen (2000), Tell it to Women (1997), The Missing Face (1997), Riot in Heaven (1996), Three Plays (1993), Legacies (1989), The Reign of Wazobia (1988), Mirror for Campus (1987), Ban Empty Barn and Other Plays (1986), The Desert Encroaches (1985), The Broken Calabash (1994), A Hen Too Soon (1983), and a novel, Why The Elephant Has No Butt (2000). She was born in Ogwashi-Uku, Delta State, Nigeria and is married with five children; Kenolisa Onwueme, Ebele Onwueme, Kunume Onwueme, Bundo Onwueme, and Malije Onwueme.