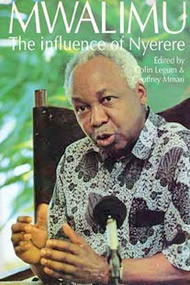 International figures such as Father Huddleston and Sir Shridath Ramphal join with Tanzanian scholars to assess, not without criticism, the influential contribution of Julius Nyrere both within his own country and across the Third World.

ABOUT THE EDITORS
COLIN LEGUM was Commonwealth correspondent for The Observer and is the author or editor of numerous books.