MUSIC, WRITING, AND CULTURAL UNITY IN THE CARIBBEAN, by Tim Reiss 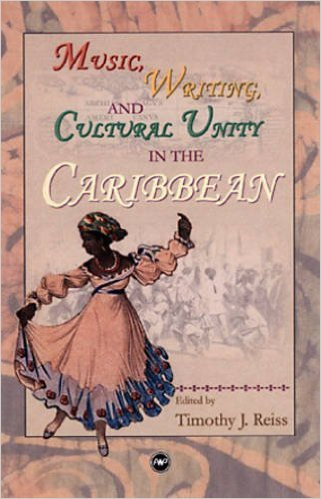 MUSIC, WRITING, AND CULTURAL UNITY IN THE CARIBBEAN, by Tim Reiss

Music, Writing, and Cultural Unity in the Caribbean brings together performers, writers, critics, and musicologists from the Dutch-, English-, French- and Spanish-speaking Caribbean, as well as Britain and the United States. The collection explores the history of the circulation of music and writing in transAtlantic, intraCaribbean, and finally global perspectives. Authors' concerns include exchanges between Africa, the Caribbean, Europe, and native America, the places of music and dance in Caribbean culture in general, in the establishment of a literary aesthetic, in individual authors and performers, and in specific island cultures. Forms of resistance, adjustments of race, gender, and class, specific modes of cultural creation are also key issues, as are spirit of place and senses of history. Nor do contributors scant the central dilemma of political and social violence as often crucial elements in daily experience and cultural creation.

The idea of a cultural unity despite political disunity is a common theme (even when local forms or individual writers are at issue), as is a sense that such unity can resist metropolitan economic and intellectual hegemonies even as its cultural productions run the risk of being caught in the snares of global multinationalism. Overall here is asense of cultural vitality ever in search of and always creating new, but simultaneously traditional, representations of Caribbean being and experience.

ABOUT THE AUTHOR
TIMOTHY J. REISS is professor of comparative literature at New York University. His most recent books are Knowledge, Discover and Imagination in Early Modern Europe (1997), Against Autonomy: Global Dialectics of Cultural Exchange (2002), and Mirages of the Selfe: Patterns of Personhood in Ancient and Early Modern Europe (2003). His edited collection, For the Geography of a Soul: Emerging Perspectives on Kamau Brathwaite appeared in 2001, and the second revised edition of Sisyphus and Eldorado: Magical and Other Realisms in Caribbean Literature in 2002, both from Africa World Press.