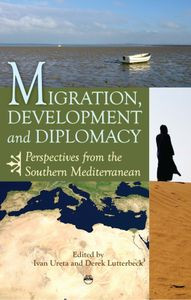 In recent years, migration across the Mediterranean has become an issue of growing concern to the countries of the region and beyond. It has also become a rather divisive issue between the two shores of the Mediterranean, as the interests of countries to the North and those of the South have often conflicted in questions related to migration in the region.

For the countries along the southern rim of the Mediterranean, the situation has in many ways been more complex. As far as they themselves have become destination or transit countries for would-be migrants coming from further south, they too have come to view irregular migration as a growing burden, and have been espousing an increasingly restrictive immigration control agenda. On the other hand, as migrant-sending countries, southern Mediterranean countries have also been interested in opening channels for legal migration into the EU for their citizens in order to relieve pressure on their saturated labor markets. As a consequence of these diverging interests, collaboration between the countries north and south of the Mediterranean in the area of migration policy has generally been rather difficult to achieve, and at times the migration issue has led to considerable tensions between north and south Mediterranean countries.

The aim of this volume is twofold: to offer a broader perspective on the migration-development nexus, and to give a stronger voice to the often-overheard voices of southern Mediterranean countries on migration and development issues. The majority of the contributions contained in this volume explore various facets of the relationship between migration and development from the perspective of the countries along the southern rim of the Mediterranean, although some of them also provide critical analyses of EU policies in this area.

Derek Lutterbeck is a lecturer in international history. He is also deputy director of International Affairs and the Swiss Chair at the Mediterranean Academy for Diplomatic Studies, University of Malta.