MALI: Crossroads of Africa, by 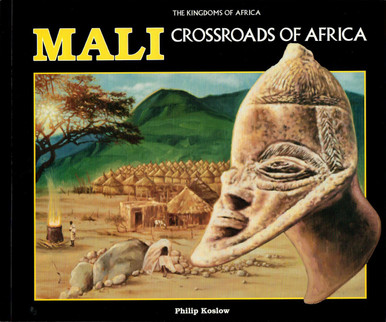 MALI: Crossroads of Africa, by

First established in 1240 by sundiata, the Lion of Mali, the West African kingdom of Mali was a vast empire whose grandeur was built on the gold trade with North Africa and Europe. The extent of Mali's wealth and power became known to the world in 1324, when Mali's greatest ruler, Mansa Musa, made a pilgrimage to the Islamic holy city of Mecca accompanied by 10,000 subjects--including 500 servants for his wife alone--and 15 tons of gold loaded on 100 camels. The history of this ancient empire has been passed down through generations of storytellers, who continue to recount their glorious past in the present-day country of Mali.