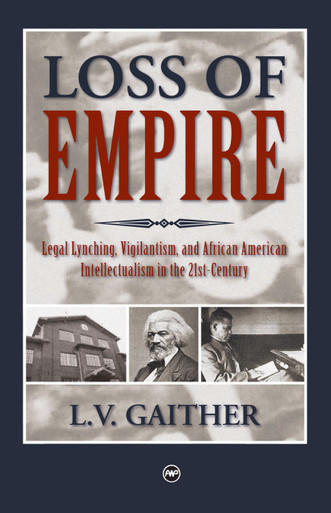 Providing a detailed, scholarly connection among the institutionalization of lynching,capital punishment, the escalation of the imprisonment of Black youth, and theimprisonment of Black political activists, Loss of Empire presents an intellectual andpolitical challenge to Black public intellectuals and political leaders whose political rhetoricunveils their compromising acceptance of the social, economic, and political control ofthe Black citizen as well as these high-profile leaders relationship to White class privilege.This book provides a most cogent argument for why the destructive nature of capitalismin America will remain intact until we fully grasp the presence of slavery in our nationalconsciousness and understand how this presence manifests in contemporary legal, social,economic, and political systems.

Historically, the erosion of empire runs concurrent with an abuse of influence and theselling off of ones most valued assets. For America, it is its abuse of power, nationally andoverseas coupled with the export of its production and labor. Having spent its race card,black leadership gropes, eyes wide, relegated to two-party partisanship. Leadership bereftof power is not leadership  Sharpton, Jackson, et. al., are spokesmen at best, panderingAfrican American community aspirations. Gaither adroitly examines parallel trajectoriesof power, inexorably tied, and hurtling towards their lowest points in history.

Passionately argued and beautifully written, L.V. Gaither has produced an enlighteningand stimulating book that is essential reading for our times.

About the Author:
L.V. GAITHER is a political activist and independent historian who resides in Houston,Texas. He is editor and publisher of the Gaither Reporter: An Independent Journal ofPolitics, Literature and Culture.