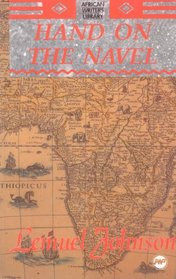 In this, the second volume of his Sierra Leone Trilogy, Lemuel Johnson gives voice to a half-forgotten piece of history, for the most part buried in footnotes and archives: The Royal West African Frontier Force which fought for the allies in Europe, Africa, and Asia during World Wars I and II. The men who saw the strange sights, felt the clash of arms and cultures, came back to their villages and towns unable to forget. "This then is a recording of memories and half-memories, of songs and half-songs-- and of half lives," says the dedication, which is addressed to Corporal Bundu, a real soldier of RWAFF, Sierra Leone Regiment, and a man who also once was "pushed deep into France/in his touniquet and in his morphine." His experiences lead us further into a violent and oddly lyrical world that extends from Burma to Flanders, and in language and style, no less so from the tailsman of Swedru to Westminister Abbey and 1953 coronation of Elizabeth II.