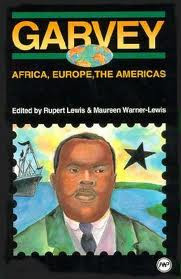 This selection of essays marked a breakthrough in studies of the Garvey movement and helped shape subsequent scholarly work. The essays were originally presented to the first international seminar of Garvey scholars held in 1973 at the University of the West Indies. The seminar surveyed both the international scope and local activities of the Garvey movement in the United States, Africa, the Caribbean and Europe. It examined the relationship with other political organizations and documented the repressive actions of contemporary governments against Marcus Garvey and the Universal Negro Improvement Association and African Communities League. The essays also assess the UNIA's impact on modern decolonization and civil rights movements. The collection was first published in 1986 to mark the centenary of Garvey's birth in 1987.

ABOUT THE EDITORS
MAUREEN WARNER-LEWIS is Reader in African Caribbean Language and Orature, Department of English, University of West Indies, Jamaica. She is the author of "E. Kamau Brathwaite's Masks: Notes and Annotations", The Nkuyu: Spirit Messengers of the Kumina, Guinea's Other Suns: The African Dynamic in Trinidad Culture, Trinida Yoruba: From Mother-Tongue to memory (forthcoming).

RUPERT LEWIS is Reader in Political Thought in the Department of Government, University of the West Indies, Jamaica. A highly respected authority on the Garvey movement, he is the author of Marcus Garvey Anti-Colonial Champion and co-editor of Marcus Garvey, His Work and Impact.