FROM TYRANNY TO ANARCHY: The Somali Experience, by Hussein Adam 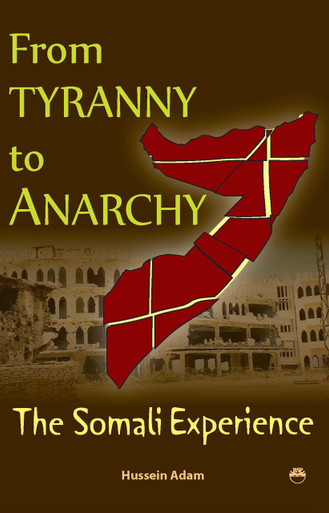 FROM TYRANNY TO ANARCHY: The Somali Experience, by Hussein Adam

What can be learned from the struggles in Somalia and Somaliland to help prevent the collapse of independent states and cultural groups when confronted by a series of today’s complex challenges, ranging from militarism, dictatorship and the politicization of diverse ethnic/clan groups? Why and how did the Siyad military dictatorship survive for over two decades? What makes a society with a relatively shared culture break into two entities, one moving towards self-government by its citizens and the other choosing authoritarian rule? In this book of essays, Dr. Hussein Adam explores questions like these as he analyzes the Somali crisis and contrasts the political cultures of Somalia and Somaliland. In the process, Dr. Adam reveals some of the underlying complexities that can result in the collapse or sustained development of a society. He explores how indigenous political structures foster local initiatives in peace building and democratic governance.

Beginning with the inner workings of the Siyad dictatorship and its militarism, Dr. Adam then examines the causes, costs and dynamics of Somali civil wars and the emerging dominance of warlords and then compares the intervention in 1992-1995 by the United States and the United Nations in Somalia, with peace building in Somaliland.

He documents the historical points at which politics and politicized Somali Islam intersected. He goes on to reveal the divergence of political practices that have blocked dialogue between Somalia and Somaliland. Dr. Adam offers a participant observer perspective.

ABOUT THE AUTHOR
HUSSEIN M. ADAM studied at Princeton University, Makerere University College and Harvard University. He has taught at Brandeis University, and at the Somali National University. Currently he is an Associate Professor in Political Science at the College of the Holy Cross. He has published 31 articles and chapters in scholarly books. He has also co-edited and published four volumes in Somali Studies: Mending Rips in the Sky, War Destroys: Peace Nurtures, Removing Barricades from Somalia, and The Proceedings of the First Congress of Somali Studies. He is the founding President of the Somali Studies International Association (SSIA), which is hosting its 10th Congress and 30th Anniversary in 2007/2008. During 1985-1986, he served as one of two UN Consultants who prepared the Organization Structure and the Plan of Action for the newly established sub-regional organization: the Inter-Governmental Authority on Development (IGAD).