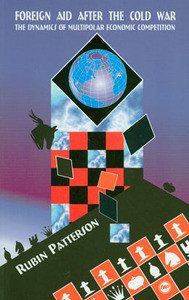 One of an early stream of critical works on the "new world order," this book attempts to link that brave new subject with the already sizable literature on foreign aid. The author examines the roles of shifting power relationships and technological developments in order to explain the dynamics of foreign aid in the emerging world order. Unlike many other assessments of foreign aid, however, this work turn a deaf ear to ideology and instead closely examines the actual foreign aid data over the 43-yea period of the Cold War (1947-1990). Through the careful study of history, international relations, international political economy, and the dominant forces that exert continuous stresses on the world's balance of power, Dr. Patterson develops a range of plausible scenarios for the emerging future. This book is aimed not only at researchers and planners at the United Nations and other international institutions, but also (perhaps primarily?) at the subordinate nations themselves-- whose leaders, citizens, and students urgently need to know what realities their societies face in the post-Col War era and to determine, if possible, their own nation's ability to attract foreign aid.

ABOUT THE AUTHOR
RUBIN PATTERSON, a professor of Sociology and African Studies at The University of Toledo (Ohio), conducts extensive field research in Southern professional engineer, Dr. Patterson now analyzes the impact of 21st-century technology on Africa and other developing regions.