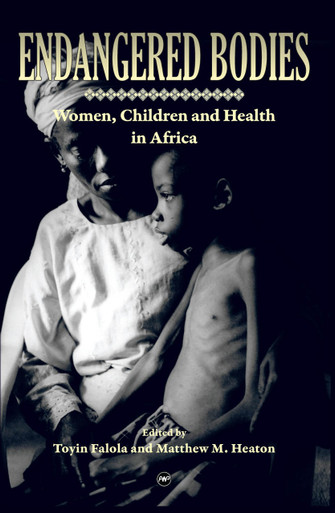 "Endangered Bodies: Women, Children and Health in Africa" brings together perspectives on issues related to child and maternal health from a variety of different angles. While diseases such as HIV/AIDS, malaria and others continue to threaten the lives of women and children in sub-Saharan Africa, there is more to combating these epidemics than eradicating the vectors responsible for them. Social factors also play a major role in bringing awareness, legislation and funding to bear on issues that affect the health of women and children. Therefore, the chapters in this book discuss such social and legal issues as womens abortion rights and practices in Africa, the rights of HIV-infected children and AIDS orphans, and the prevalence of violence against women with its associated health risks, among many others. Overall, "Endangered Bodies" portrays the precarious circumstances under which women and children must battle for equal access and treatment in inhospitable environs.

ABOUT THE EDITORS
TOYIN FALOLA is the Frances Higginbotham Nalle Centennial Professor in History at the University of Texas at Austin. A Fellow of the Nigerian Academy of Letters, his books include "The Power of African Cultures, Economic Reforms and Modernization in Nigeria, 1945-1965" and "A Mouth Sweeter than Salt: An African Memoir." He has also edited and co-edited many books including "Yoruba Creativity, African Urbanization in Historical Perspective," and "The Yoruba Diaspora in the Atlantic World." He is the Co-Editor of the Journal of African Economic History, Series Editor of Rochester Studies in African History and the Diaspora, and the Series Editor of the Culture and Customs of Africa by Greenwood Press. He has also served on the board of the African Studies Association. He has received various awards and honors, including the Jean Holloway Award for Teaching Excellence, the Texas Exes Teaching Award, and the Ibn Khaldun Distinguished Award for Research Excellence. In recognition of his monumental contribution to African studies, his students and colleagues have presented him with two Festschrifts edited by Adebayo Oyebade: "The Transformation of Nigeria: Essays in Honor of Toyin Falola" and "The Foundations of Nigeria: Essays in Honor of Toyin Falola."

MATTHEW M. HEATON is a PhD student at the University of Texas at Austin. His work focuses on mental illness and migration in Nigeria. A Patrice Lumumba Fellow, his publications include "African Cities and the Globalization of Disease: The Influenza Pandemic of 1918-19" in "Urbanization and African Cultures." He has two historiographical publications forthcoming: one on the influenza pandemic of 1918-19 in Africa and another on the works of A.E. Afigbo. He is currently co-authoring with Toyin Falola a book on the history of Nigeria for Cambridge University Press.