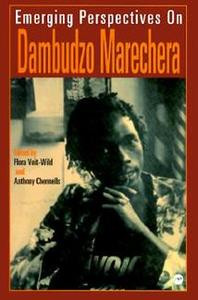 "A profound, even if exaggeratedly self-aware writer... Marechera was... in constant quest for his real self, quarrying towards a core that he once wryly expressed in the cry: My whole life has been an attempt to make myself the skeleton in my own cupboard." -Wole Soyinka

"There was [in Marechera's writing] a genuine desire and search for ways to communicate, to invent ways of saying and imagining that would shock others into awareness. It was his own deep caring that drove him to move others to the point of pain." -Dennis Brutus

The Zimbabwean writer, Dambudzo Marechera, was regarded by some as mad and by others as a genius. Today, ten years after his death, his international reputation continues to grow not only as one of the most innovative writers Africa has produced but as an important voice in twentieth-century literature. This new book is the first collection of critical essays devoted entirely to Marechera. Flora Veit-Wild and Anthony Chennells have brought together the work of scholars from Zimbabwe, South Africa, Italy, Nigeria, Germany and England to show the complexitiy and variety of responses which Marechera's writing evokes.

Although he was impatient at the label Africa Writer, finging it prescriptive and constraining, Marechera engaged with Africa in everything which he wrote. He raged at the raceism of the Rhodesia into which he was born and the arrogance, corruption and self-serving cultural nationalism of so many of Africa's post-independence governments: several essays draw attention to the political dimensions of his work. Above all, essay after essay demonstrate how Marechera's was an art directed towards the healing of society and individuals, both in Africa and throughout the world.

ABOUT THE AUTHOR
FLORA VEIT-WILD is professor of African Literature at Humboldt University in Berlin. She is the author of Dambudzo Marechera: A Source Book on his Life and Work and Teachers, Preachers, Non-Believers: A Social History of Zimbabwean Lierature.

ANTHONY CHENNELLS is associate professor of English at the University of Zimbabwe and has published articles on aspects of literature, history and religion in Southern Africa.