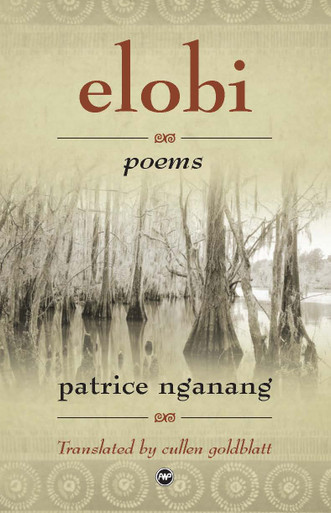 elobi is the specifically cameroonian way of referring to the wet, swampy areas that surround riverbanks. elobi is where the slums are, and where the poor neighborhoods of yaounde are found.

elobi is also the name of patrice nganangs book-length poem, the place where its singular narrator was born and formed, the waterlogged and violent place where this poem lives.

in yaounde, elobi is a swampy town for thousands of poor of the poorest. nganang's voice comes from the inmost depths of Africa today. his angry words express the tears and espouse the rhythm of the people's struggles.

patrice nganang's verses in this collection are written in tears and blood. at the same time, they make palpable the beauty of missing life and love, lost in violence and death."

ABOUT THE AUTHOR
patrice nganang is associate professor of french and german at shippenburg university of pennsylvania. he has won several awards for his novel temps de chien, including the grand prix litteraire de lafrique and prix marguerite yourcenar.

ABOUT THE TRANSLATOR
cullen goldblatt is a poet and a translator of francophone african poetry. his family is south african. he lives in new york city. he studied contemporary african history and received an mfa in poetry from sarah lawrence college.