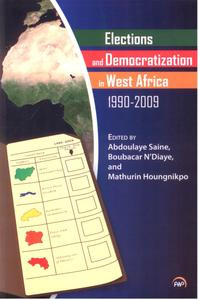 This unique volume explores the extent to which elections as a vehicle of democratization have enhanced economic performance and well-being of citizens of the sub-region.  Today, more than any other time since the end of the Cold-War, elections have become the litmus test for democracy and its consolidation in much of the Third World.  This is more so for countries in West Africa, where instability, and relative economic decline remain key features of its political landscape.  Paradoxically, it is also in this region where some of the most remarkable transitions in democratic governance have occurred.  However, two decades into Huntington’s “third wave,” the democratic gains and outcomes in this region are at best mixed.

Unlike any other volume, Elections and Democratization in West Africa,1990-2009 argues that the emphasis on the formal attributes of democracy in the scholarly literature pays scant attention on economic performance as a pre-condition for citizen welfare.  The volume also pays attention to the current debates on “Globalization,” West Africa’s peripheral economic position, and vulnerability to instability in the global capitalist economy.

Contributors to this volume include scholars from Africa, Europe, Canada and the USA, all of whom, in addition to being prominent Africanists are also country-experts on the countries on which they write.  This volume is the outcome of an international conference on April 9-10, 2008 bearing the same name as the volume’s title at Miami University in which over 60 scholars, including 14 of the contributors to this volume met to discuss their chapters and democracy’s Third-Wave in Africa, generally.

Abdoulaye Saine is a professor of African Studies and international political economy, and the interim chair of the Department of Political Science at Miami University, Oxford, Ohio.  He has written widely on the military, democratizations, elections and human rights in West Africa, and The Gambia, specifically.  He is the author of The Paradox of Third-Wave Democratization in Africa: The Gambia under AFPRC-APRC Rule, 1994-2008. He is also co-author of Not Yet Democracy: West Africa’s Slow Farewell to Authoritarianism.  His current research focuses on Islam, the “Global War on Terror” and AFRICOM.

Boubacar N'Diaye is an associate professor of political science and pan-African studies at The College of Wooster since 1999.  He is an expert on civil-military relations and related security governance issues. He is the author of several books and numerous academic articles. These include recently co-edited books titled Challenges of Security Sector Governance in West Africa and Parliamentary Oversight of the Security Sector in West Africa.  He is also the author of The Challenge of Institutionalizing Civilian Control and co-author of Not Yet Democracy: West Africa's Slow Farewell to Authoritarianism. N'Diaye is a consultant to US and international institutions and agencies such as the Department of Defense, the State Department, the United Nations, the African Union, the World Bank, the Conflict Prevention and Peace Forum, and the Geneva-based Democratic Control of Armed Forces.