ECONOMIC GROWTH IN BOTSWANA IN THE 1980S: A Model for Sub-Saharan Africa, by Seymour Patterson 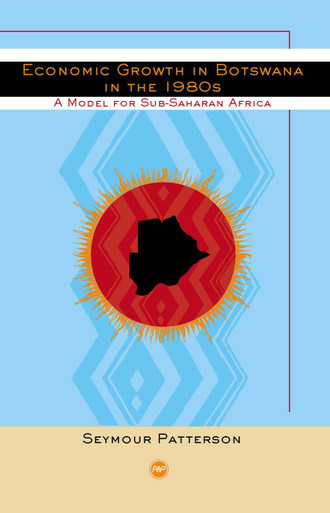 ECONOMIC GROWTH IN BOTSWANA IN THE 1980S: A Model for Sub-Saharan Africa, by Seymour Patterson

During the 1980s and up to the present, economic growth in Africa has been persistently slow. In sub-Saharan Africa, this poor economic performance led to considerable efforts to provide an acceptable explanationand as a result private and government economists in Africa and in the rest of the world offered many plausible explanations for the notably tragic economic and political conditions of the sub-continent. A plethora of case studies and scholarly works proffered solutions such as structural adjustment programs, privatization, foreign direct investment, exchange rate liberalization, and extended primary education coverage. Yet, the African tragedy appears no closer to an amendable solution.

This book presents a retrospective analysis of Botswana, which somehow succeeded in escaping the tragedies that were so endemic in sub-Saharan African countries. While many factors contributed to the rapid grown rates that Botswana experienced in the 1980s, Patterson argues that it was the convergence of a constellation of factors, such as the discovery of diamonds and the foreign exchange earnings therefrom for the countrys success, that offers a feasible answer to the countrys spectacular economic performance.

Demonstrating that Botswanas performance in the 1980s was not an aberration, this book first characterizes Botswana by its political stability and endowment of minerals since independence in the mid-1960s and then explores specific variables that trumped anti-growth variables such as drought and world recession that developed in the early 1990s. In addition, Patterson maintains that planning (i.e .the national development plans) which outlined in detail when projects will be undertaken, the estimated cost, and completion data go a long way toward explaining Botswanas success.

ABOUT THE AUTHOR
SEYMOUR PATTERSON is Professor of Economics at Truman State University. His other published books include The Microeconomics of Trade and Foul Deeds.