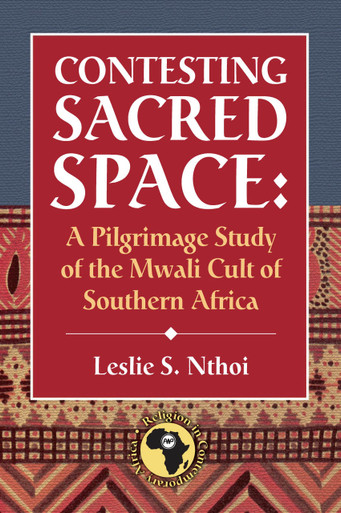 This is a study of pilgrimage to the Njelele shrine, a major sacred centre of the Mwali cult, the Southern Africa's cult of the High God. This study is mainly about the importance of sacred centres as central places, in a cult, which is nodally organized. It raises questions of mediation and intermediaries between the High God and the various congregations lying in the vast cult domain; the relationship between oracular cult centres and the low level shrines and affiliated congregations; the nature of and the volume of traffic of supplicants (pilgrims) between cardinal shrines at Njelele and the periphery of the cult domain; and the symbolic exchange involved in the pilgrimage tradition in this cult of the High God.

Since the traffic between the periphery and the centre itself is based on and controlled by the people's conceptualization of sacred centrality, this book discusses the various ways in which conceptions of sacred centrality are constructed. The other interest of this book is the question of the organizational aspect of the Mwali cult: i.e. questions of power and authority in the cult; the leadership disputes, which have characterized the cult; and the cult's relationship with other religious organizations in Botswana and Zimbabwe. The study relates to theoretical debates in pilgrimage studies by other scholars in different traditions. In particular, it challenges the Eliadean view of sacred centres, and the Turnerian view of communitas as characteristic of all pilgrimage traditions. The book raises two main arguments: a) it is neither possible nor wise to generalize about the nature and meaning of pilgrimage traditions; b) conceptions of sacred centrality are socially constructed. Consequently, they are contested.

ABOUT THE AUTHOR
LESLIE S. NTHOI is currently a lecturer of Religious Studies in the Department of Theology and Religious Studies of the University of Botswana. Having obtained his doctoral degree in social anthropology (anthropology of religion) from the University of Manchester, Nthoi is interested in the sociological interpretation of the religious phenomenon, particularly African Traditional Religions. He has carried out extensive researches on the Mwali cult of Southern Africa. He has also done some research on the interaction between African Traditional Religions and Christianity in Botswana, with particular focus on how traditional healers (nganga) are coming to terms with Christianity in their professional and private lives.