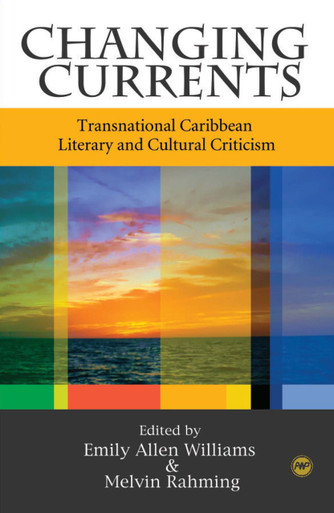 Changing Currents: Transnational Caribbean Literary and Cultural Criticism is a groundbreaking text of fifteen essays that present new modes of access for, as well as alternative meanings to, a number of well-known and not so well-known literary works, authors, and cultural aspects of the English-, French-, and Spanish-speaking areas of the Caribbean.

Conceived by Emily Allen Williams as a result of a Caribbean Literature conference in Martinique, it is the first scholarly text to boldly and methodically acknowledge the différance as well as connectivity of the cultures of the Anglophone, Francophone, and Hispaniophone Caribbean through an examination of its literary texts.

The authors of these essays approach the literatures and cultures of the Caribbean from postcolonization perspectives that are informed by modes of deconstructive observations and explorations, historical and biographical critiques, sociological and psychological discourse, and gender and feminist interrogations.

Designed to highlight différance and cultural connectivity not sameness, the text is organized topically to examine Anglophone, Francophone and Hispaniophone Literatures and Cultures with the following issues as central:

ABOUT THE EDITORS
EMILY ALLEN WILLIAMS is a recent Fulbright Scholar based at the University of the West Indies, Mona Campus in Kingston, Jamaica. Among her publications are The Critical Response to Kamau Brathwaite and Anglophone Caribbean Poetry, 1970-2001: An Annotated Bibliography. Her next book (to be published by Africa World Press in 2007) is entitled Poetic, Cultural and Historical Journeying: The Life of Kamau Brathwaite. She is the Founder and Director of the Caribbean Literary Studies Symposium which convened in Atlanta, Georgia in 2005.

MELVIN RAHMING is Professor of English at Morehouse College. He is the co-founder and co-director of the International Conference on Caribbean Literature (I.C.C.L.) He is the author of The Evolution of the West Indians Image in the Afro-American Novel.