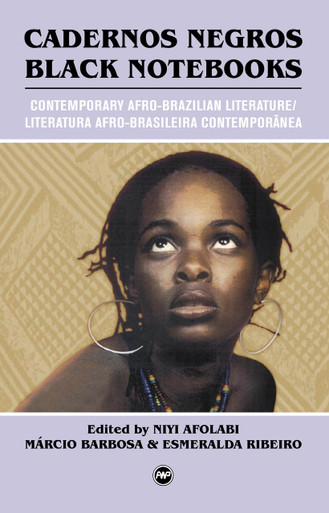 Cadernos Negros Black Notebooks informs us that there is more to Afro-Brazilian literature than the acclaimed Abdias Nascimento. The poets and story tellers included in this anthology maintain a stubborn presence to use the words of Lepê Correia. The generation of poets of Quilombhoje affirms that their identity and that of our people is rooted in Africa. The themes explored by the poets include womanness, the erotic, Brazilian regionalism, a history of African diaspora and slavery, racism, and dance as an expression of a peoples struggles and overcoming. These writers refuse to be invisible and challenge the propaganda that Brazilian society is racially harmonious. In addition to uniting Africa and Brazil, they also offer readers in the Anglophone and lusophone worlds an opportunity to read the words of writers who are no longer literary maroons.
Donald Burness,
Emeritus Professor, Franklin Pierce College, and founding member of the African Literature Association

Niyi Afolabi teaches African and African diaspora literatures and cultures in the W.E.B. Du Bois Department of Afro-American Studies at the University of Massachusetts-Amherst, USA. He is the author of The Golden Cage: Regeneration in Lusophone African Literature and Culture, and editor of Marvels of the African World: African Cultural Patrimony, New World Connections, and Identities.