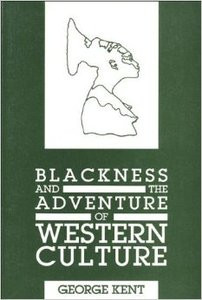 Blackness and the Adventure of Western Culture includes stimulating essays on James Baldwin, Langston Hughes, Gwendolyn Brooks, Ralph Ellison, Richard Wright and William Faulkner as well as a primer on the Harlem renaissance.The late Dr. Kent has conjured up the complex essence of Black folk history and applied and analyzed that history as a creative motive for the Black writer. His critical perspective is that of the Black Aesthetic; he draws from the ideologies of Franz Fanon and historical conditions to bring forth a brilliant analysis of the most influential 20th century Black writers.

George Kent was an established scholar of Richard Wright. Several of his essays have been published in the CLA Journal. He was also a professor at the University of Chicago.