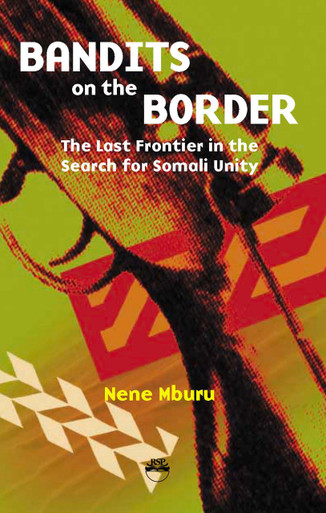 In the early 1990s, Somalia was in the spotlight for factionalism as warlords, clans, and sub-clans doggedly wrenched their fiefdoms from the state through bloody civil wars. In contrast, thirty years earlier the Somali were pre-occupied with the struggle to unite the five Somali-inhabited enclaves of the Horn of Africa into one Greater Somalia. Bandits on the Border revisits the pan-Somalia nationalism of the 1960s when Kenyan Somalis attempted to secede and join the Somalia State that had been created after the merger of the former British Somaliland with the Italian Trusteeship.

This book is the first insiders analysis of the so-called Shifta secessionist war of the early 1960s and its degeneration into apolitical banditry in the former Northern Frontier Districts of Kenya (NFD). The author argues that in the late 1950s Britains crumbling colonial empire was beyond salvage, and having just fought the Mau Mau, the colonial power could not risk another protracted war in Kenya. Therefore, it put off a resolution of the Somali question until it handed over political power to Jomo Kenyattas government. Nevertheless, having neglected and insulated the Somali community/region from the mainstream Kenyan society for sixty years, Britain bequeathed Kenyatta an advanced security problem that required time and long-term economic investment to bring under control.

The book also explores the dynamics of the Shifta insurrection in its geopolitical context and illustrates why Somalias irredentist foreign policy was unsustainable. It details how the Shifta war was affected by the realpolitik of the prevailing Cold War. It also gives a detailed comparative analysis of other secessionist wars taking place in Africa. Lastly, the book explores the symmetrical connection between insecurity in the NFD, the collapsed Somali State, and Americas war on international terrorism particularly after the bombing of the American embassies in eastern Africa and the September 11th, 2001 attacks.

ABOUT THE AUTHOR
NENE MBURU spent his early childhood in the notorious Hola Detention for Mau Mau freedom fighters and activists where the British colonial government imprisoned his parents without trial until 1959. He later served as a senior military officer in Kenya and received advanced military training in the USA and United Kingdom. He took early retirement from the military in 1996 to pursue an academic career and is currently a lecturer at Amersham & Wycombe College in the United Kingdom. He is the author of Aliyevunja Mwiko She broke the taboo, a book of short stories in Swahili and numerous peer-reviewed articles in international journals on the subject of war, peace, and disarmament in Africa.