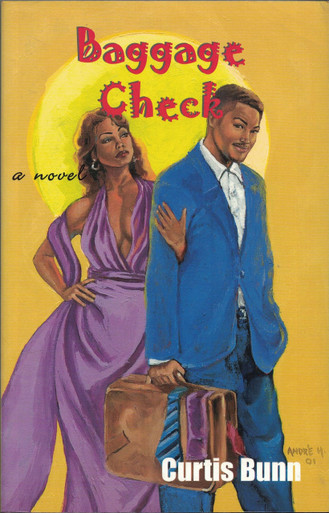 “An entertaining novel about three men on a journey to find the right woman,” says Ebony Magazine.

“Provocative, passionate, invigorating and liberating,” are how others describe Baggage Check—the “must read” novel with the power to transform written by the “must read” author, Curtis Bunn.

Take three thirty-something, financially secure, handsome guys who have been lifelong friends and are used to having relationships on their terms—in other words “it’s their way or the highway” a.k.a. “take it or leave it.”

As close friends, Julian Morgan, Greg Gibson, and Larry Thompson demonstrate honesty, trust, and unconditional support for each other. But strangely enough, they don’t bring these same qualities to the table when dealing with women. The question becomes “why?” And the answer is because they need a “Baggage Check.”

Julian Morgan wants relationships that are “convenient.” Greg Gibson loves his business and money first and foremost. And Larry Thompson is Mr. Hit and Run. After a series of relationship mishaps, they do a Baggage Check on themselves—unfortunately later rather than sooner. They realize that they cannot be with Ms. Right if they continue to be Mr. Wrong and so the pursuit begins.

In the end, the fellas wind up on “maturation highway” and “redemption road” but that’s only after a long and very bumpy journey. Bunn is your personal escort who takes you through their tragedy and triumph. His “flip the script” literary style reveals the serious side of “funny” and the funny side of “serious.”

In his debut novel, Curtis Bunn, who is an award-winning sports journalist for the Atlanta Journal Constitution, has penned the first relationship novel that deals specifically with a factor that impacts on many relationships—Baggage.