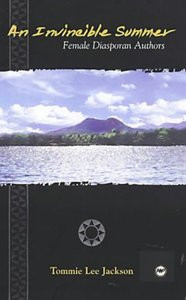 The title of this book, An Invincible Summer, is taken from the essay “Return to Tipasa” by Albert Camus. At the age of forty, Camus returned to the rain-drenched Algiers, “the city of summer,” in order to experience again the beauty of his homeland. He had returned, however, during the month of December when the city was besieged with rain. But a reprieve from the rain came and Camus was able to visit Tipasa where he saw again the mountain Chenoua that bordered the Bay of Tipasa and the ruins of Tipasa, which were located a few feet from the sea. There amidst the ruins of Tipasa, Camus re-discovered his harbor, and in the middle of winter, he “discovered that there was in [him] an invincible summer.”

Camus’s sojourn to Tipasa is analogous to the reprieve of Sisyphus from his rock. Encapsulated in the notion of Sisyphus as mythic hero is the existentialist ethic of the exigency of grace in the face of futile suffering. Because of his defiance of the gods, Sisyphus was condemned for perpetuity to roll a boulder up a steep hill, only to have it roll down again once he had reached the top. Camus, however, imagines Sisyphus happy during his descent. To be sure, it was “that breathing space” during his descent that produced the consciousness that is revealed in the sentence: “There is no sun without shadow.”

The female Diasporan authors surveyed in this book–Mariama Bâ, Simone Schwarz-Bart, Buchi Emecheta, Beryl Gilroy, Zora Neale Hurston, Paule Marshall, Toni Morrison, and Alice Walker–are linked both by their collective use of the trope abandonment in their literature, which is symbolic of the Diasporic condition of Blacks, and by their existentialist depiction of characters who, in contrast with the bad faith of others before the void, are endowed with that “special grace” in the face of futile suffering.

Tommie Lee Jackson specializes in the literature of the African Diaspora and is Professor of English at St. Cloud State University, Minnesota. She holds both an M.A. and a Ph.D. in English from the University of Nebraska at Lincoln. She is the author of The Existentialist Fiction of Ayi Kwei Armah, Albert Camus, and Jean-Paul Sartre.