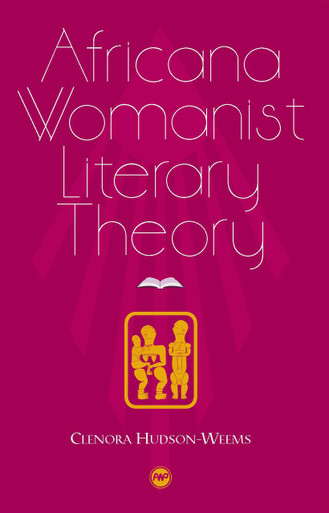 By placing Africana womanism, an evolutionary Africana paradigm, within a literary context, this book expands the layered meanings of this family-centered, race-based theory and applies them to the works and ideas of renowned international literary figures such as Toni Morrison, Paula Marshall, and Buchi Emecheta.

Clenora Hudson-Weems work provides a theoretical construct that boldly restores meaning within historical and cultural contexts that are peculiar to the African and African Diaspora womans experiences. It offers an element historically denied such women: a choice. Moreover, her application of the Africana womanist theory to Black life and literary texts proves to be both accurate and useful as we search for appropriate theories and methodologies for Africana writers.

African womanism is a response to the need for collective definition and the re-creation of the authentic agenda that is the birthright of every living person. In order to make this shift to authenticity, Hudson-Weems has called us back to the earliest days of African cultural history. In this antiquity, she has discovered the sources of so much commonality in the African world that there is no question that Africana womanism has a distinct and different approach to relationships than, say, feminism.

Hudson-Weems provides an extensive and thorough understanding of concepts, nomo/ self-naming and self-defining. She believes nothing is more important to a peoples existence than naming and defining themselves. It comes as no surprise, then, that the work takes to task those who have ignored, distorted, or misappropriated all or parts of the theory that she has articulated.

ABOUT THE AUTHOR
CLENORA HUDSON-WEEMS is Professor of English at the University of Missouri-Columbia. In addition to being co-author (with Wilfred Samuels) of Toni Morrison (1990), she is also author of Africana Womanism: Reclaiming Ourselves (1993), Emmett Till: The Sacrificial Lamb of the Civil Rights Movement (1994) and Africana Womanist Literary Theory (2004) and The Definitive Emmett Till: Passion and Battle of a Woman for Truth and Intellectual Justice. The first to establish Emmett Tills 1955 lynching as the catalyst of the civil rights movement of the 50s and 60s, her movie script entitled Unearthing Emmett Till--Passion for Truth is a forthcoming feature film. She is the producer of the film with Barry Morrow, the Oscar Award-winning writer for Rain Man.