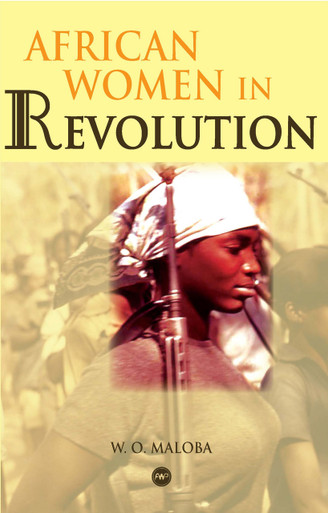 At its center, this is a pioneering broad interpretive work. Drawing on the theoretical formulations and advances in economics and economic theory, political science, sociology, anthropology, education, history (of several countries), and feminist studies, this book is a significant contribution to the study of African womens history and struggle in recent African history. For the first time, African womens struggles for liberation in these movements are studied, and analyzed under one roof. By considering seven movements in one book, Maloba provides opportunities for both direct and indirect comparison.

Also considered is the destructive impact of globalization on African women. The case studies of Senegal, Mozambique, and Zimbabwe show not only how each country has been affected, but the specific effects on women and their families; how household economy and gender relations are continually adjusting to the challenges posed by globalization.

This timely and valuable book is written without jargon. It demonstrates that some social questions, like the status of women in society, are best understood if they are studied in an interdisciplinary manner, and not limited to one discipline. Maloba also makes it clear that the status of women in the post-revolutionary period is a window through which we can observe the complex local and international factors that have affected the reconstruction of these societies. Through this window we can study and appreciate, the multiple obstacles and challenges to womens liberation, and also isolate the determinant factors in the formulation of economic and social policies.

ABOUT THE AUTHOR
W.O. MALOBA is Assistant Vice President for Affirmative Action and Multicultural Programs at the University of Delaware. He is also Associate Professor of Black American Studies, History and Womens Studies. He founded and directed the African Studies Program at the University of Delaware from 1992-2002. He is the chairperson of the Universitys Presidents Commission on Cultural and Racial Diversity. He is the author of Mau Mau and Kenya: An analysis of A Peasant Revolt (Indiana University Press, 1993, 1998), and several articles on nationalism and decolonization.