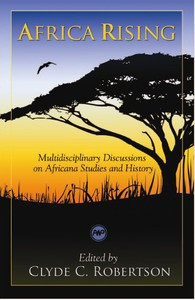 As aninterdisciplinary prism through which one can study the growing field of Africalogy, this scholarly and journalistic volume examines the expansive and compelling history of Africa, its many peoples and their global experiences. By offering articles that, in addition to pursuing Africalogical research methods, adopt issues from history, politics, religion, economics, political studies, literature, psychology and art, this book differs from past collections. It employs the most interesting and convincing articles published in the Africa Rising Series of Louisiana’s oldest African American newspaper, The Louisiana Weekly, which for eleven years (1993-2005) increased available information about Africa and its diaspora.

Featuring the writings of the world’s leading Africana Studies scholars, independent researchers and journalists, the text also discusses and analyzes actual historical events that have occurred throughout the diaspora. In addition, the scholars, whose works are included within this book, have written in an accessible way that can be appreciated within the academy as well as in the average  home.