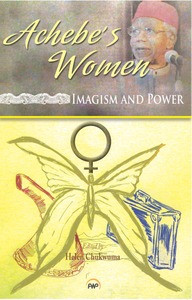 Women character portraiture in Achebe’s novels has been seen from the widely explicit inferiority that marks her being. She is schooled from infancy to be docile and be satisfied with being voice-less even in matters that affect her or her children directly. The overall picture of women is one of weakness and self-effacement. This image stuck especially from the background of Achebe’s objective to present real heroes in the culture that is not what Josef Konrad depicted in Heart of Darkness. The story of Things Fall Apart is of Okonkwo and a society of men where women were relegated to the background of domesticity and motherhood and where if they offered any opposition however feeble, they were beaten to submission and silence. True but that did not reflect the whole story.

There are indeed some historical and cultural imperatives in Achebe’s representation of women in his fiction. These are varied according to the historical setting of his novels. The rural setting of Things Fall Apart in the pre-colonial period showed women with little or no identity except as wives and mothers. No tales of renown or accomplishments are told of them even as mothers and mothers of sons. In this text, we posit that women faced with overwhelming odds of subsumation, do manage to navigate their way through, enough to affect men’s power and yet, no songs are made on them, their stories are not told. This text is our song for the un-sung, our recognition of the roles of women in the subsuming patriarchal society.

This text aims to project the activities of women characters behind the enclave of subsuming patriarchy. It is an interrogation of the image and status of women in Achebe’s fiction. The female characters are the foundation on which the home rests. Without them, there will be neither home, nor children nor nurture. Importantly, the power of women is the power of the survivor; they are the real heroines who withstand time after the ravages of men and war. In this regard, they form the spirit essence of life anchor which holds all humanity to obeisance and ethical behavior. Thus Ani/Ala is the earth goddess who oversees the activities of men. The Oracle of the Hills and Caves has a priestess on which her supreme authority is bestowed to oversee the general day-to- day living of mortals. The failure and tragedy of Okonkwo rests on his non-recognition of the female principle which is the balancing principle of life. In this text, we note the developmental portraiture of women by Achebe in his subsequent novels. Thus the woman continues to develop to Beatrice in Anthills of the Savannah. In this novel the old parameters of woman-being gave way to fresh paradigms of personhood and identity.

This text is informed by two considerations: first to record our tribute to the Eagle on the Iroko our highly esteemed and beloved Chinua Achebe as a post- fiftieth anniversary tribute of the publication of Things Fall Apart and the making of modern African Literature. Secondly to re-visit the portraiture of women characters in order to show the true image of women, regardless of the patriarchal tent. This text shows in bold profile, the strengths and resilience of women which are not celebrated, not brought to the fore but are present and pervasive nonetheless.