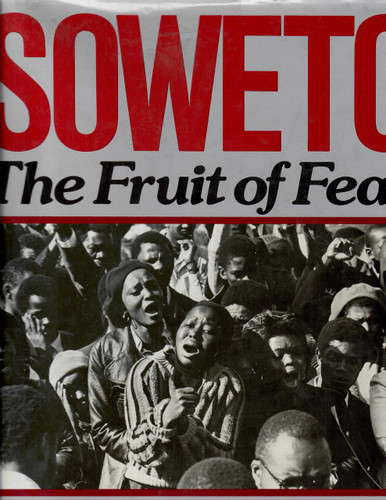 In 1976, Bishop Desmond Tutu warned the South African government that black people were growing increasingly restive under the oppressive yoke of apartheid and that he feared an eruption of violence if some minimum conditions were not met.

Tutu's warnings were ignored,and on June 16,1976, school children in the sprawling townships of Soweto took,to the streets in protest. They were met with brute force tear gas and bullets. Approximately 700 people were killed and hundreds more were wounded in unrest which soon spread to the rest of the country. There has been no real peace or stability in South Africa since that day.

In this pictorial essay, Peter Magubane relates the events surrounding June 16 through his camera lens, giving a poignant eye-witness account in tribute to the fallen, and commemorating the tenth anniversary of the Soweto uprising.

As Desmond Tutu writes in the Foreword, these photographs are intended "to bring to the notice of a wider audience a remarkable record of what has happened in a beautiful but sad and divided land in the traumatic upheaval of the uprisings since June 16, 1976.... Perhaps we can be moved to take what action we can to help dismantle apartheid and ensure that such scenes captured in Peter Magubane's lens would not be repeated again and again in our land."

ABOUT THE AUTHOR
PETER MAGUBANE Born in Johannesburg in 1932, Peter Magubane began his career as a photographer with Drum magazine in 1956. In 1965 he became a staff member of the Rand Daily Mail, a Johannesburg newspaper. His experiences over twenty years as the only major black South African news photographer include arrests,solitary confinement, and banning orders.

Magubane has published several previous books and has completed photographic assignments in various parts of the world for Time and Geo. He has also worked in television news and has had a number of exhibitions in the United States and Europe. Magubane still maintains a home in Diepkloof, a section of a black township of Soweto outside Johannesburg.