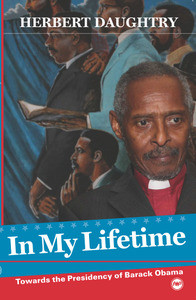 With the election of Barack Obama as the first African-American President of the United States, the recurring confession heard across Black America was, “I never thought it would happen in my lifetime.”

Especially among the older generations of Southerners was this incredulity felt deepest. Reverend Daughtry, a son of the South, writes, “In state houses, city halls, municipal buildings, governmental buildings, and places of importance, entrance was denied to blacks, except to work at menial tasks. As our mothers and fathers entered, usually with mops, brooms, and buckets, they were forced to do so through the back door. Now, to have a black man going, not in the back door, but in the front door . . . Not to mop and clean, but to run the place, not as “boy,” “uncle,” “sambo,” or “nigger” but as President. It is unreal.”

This book was written during the heat of the campaign, capturing the historical significance and excitement of the moment. The candidacy of Hillary Rodham Clinton, the contentious primary season, the role of former President Bill Clinton, the Democratic Convention, and the tensions and divided loyalties among families, friends, and allies are rehearsed and re-lived in vivid detail, reminding us of the journey to Election Day 2008.

HERBERT DAUGHTRY, Sr. is the National Presiding Minister of The House of the Lord Churches. He is a founding member and Chairman Emeritus of The National Black United Front, as well as President of the African Peoples’ Christian Organization. He has received citations and resolutions from the United States Congress, state legislatures, educational institutions, and community organizations honoring him for his many years of service to humanity.