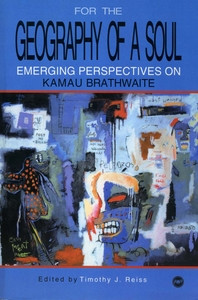 This important new work on Kamau Brathwaite includes work on and inspired by the subject, recognizing the power and influence of his poetry and other creative work, historical research and cultural and literary criticism. Brathwaite is recognized as an institution in Caribbean culture and an inspiration for two generations of creative writers, cultural thinkers and historical scholars. In this spirit, this collection includes major new essays on Brathwaite's creative writing, new poetry and fiction by writers reflecting on his influential importance in their work, new historiographical research and commentary echoing his preoccupations and setting Brathwaite himself in this context, and three memoirs by major Caribbean figures close to him.

Also included is the fullest bibliography to date of Brathwaite's work and the increasing writing on it.

This collection will be a major resource on Kamau Brathwaite and the Caribbean.

Professor Reiss is editor or co-editor of several collections, among them Sisyphus and Eldorado: Magical and Other Realisms in Caribbean Literature (1997) with Kamau Brathwaite, whose revised second edition, edited by Reiss, will be published by Africa World Press in 2002.