THE EMBATTLED GODS: The Christianization of Igboland, 1841-1991, by Ogbu Uke Kalu 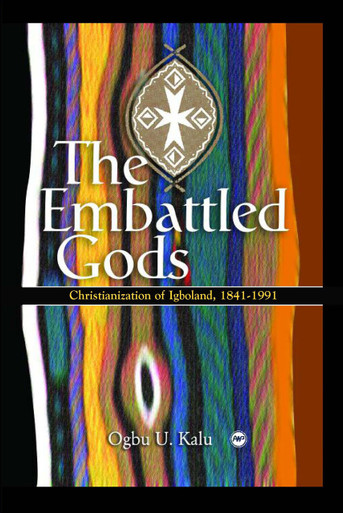 THE EMBATTLED GODS: The Christianization of Igboland, 1841-1991, by Ogbu Uke Kalu

This book explores the story of the presence of the gospel in many African communities, which the author asserts, starts from the peoples cultural backgrounds and contours through the patterns of the insertion of the gospel to the challenges of the new change agent to the ingredients of the Igbo worldview, culture, and religious traditions. Beginning with a discussion of church historiography, the author explores the rejection of the Euro-centric position within historiography itself and critically examines the nationalist one.. He also advocates an irenic, ecumenical history that searches the memory of the people and empowers their future.

This book reconstructs the vertical and horizontal patterns of the coming of Christianity into various parts of Igboland from a vast array of sources and multidisciplinary resources. The author breaks Igboland into subculture theatres and explores the connections between ecology and religion with a cultural framework. In an attempt to explain why different parts of Igboland responded differently to Christianity, he also engages the socio-political, economic, and other cultural forces that shaped the fortunes of Christianity.

Many accounts of Igbo Christianity in the post-Civil War period tend to deal with a past that was dominated by missionary impulse. This author, however, turns to the spiritual revival that occurred in the 1970s and that webbed the import of other cultural changes in religion and education, to give one of the first holistic accounts of the explosion of contemporary Christianity in Igboland.

ABOUT THE AUTHOR
OGBU UKE KALU is the Henry Winters Luce Professor of World Christianity and Missions at McCormick Theological Seminary, Chicago. He has served as professor of church history for over two decades at the University of Nigeria, Nsukka. During this period, he was also visiting professor at several internationally renowned institutions including the Harvard Divinity School and the Center for the Study of World Religions, Bayreuth University in Germany, and the University of Edinburgh