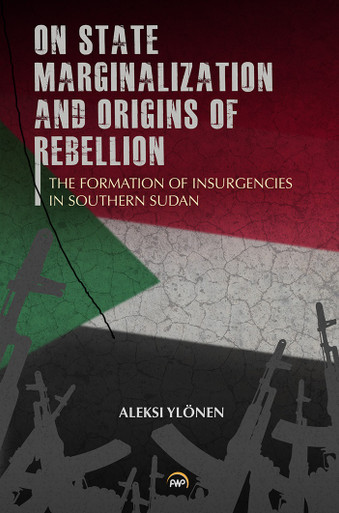 This book is an attempt to respond to the need for a comprehensive account on how the interplay of actions of political elites, state marginalization, and external actors and forces contributes to the processes of insurgency formation. It begins by reviewing the major theoretical currents used to explain the origins of civil wars. The study then analyzes the two insurgencies in southern Sudan, which have been among the longest, most devastating, and complex rebellions in Africa since decolonization. The case of southern Sudan not only helps to understand the historical continuities contributing to the origins of rebellions, but also provides excellent examples of how the processes of insurgency formation are integrally bound to elite strategies, state formation and governance, and to the regional and international actors and forces.

The book provides a review and analysis of the existing theories used to interpret the causes of civil wars in Africa, pointing out some of their strengths and weaknesses. It then presents a broad theoretical framework that incorporates local, national, regional, and international dimensions and guides the study. Following the theoretical considerations, the book focuses on analyzing the origins of the two insurgencies in southern Sudan. The empirical part of the study highlights the importance of the colonial experience with an explicit emphasis on the emergence of nationalism in northern Sudan as an exclusive project of elite individuals, which became contested by a selection of members of the embryonic southern regional elite that surfaced shortly before Sudan’s independence. Here, the process of decolonization pushed by regional and international actors is of particular importance as the state elite engaged in securitizing the escalating situation in southern Sudan. The book shows that in response to unsatisfactory outcome of decolonization, a group of southern elite individuals engaged in mobilization of political opposition, which drew, among other things, from local political and economic grievances and representations and the memory of slavery.

Moreover, the study details the failed efforts to find a solution to the southern rebellion and the establishment of authoritarian rule that put a formal end to the insurgency through the peace agreement in Addis Ababa. However, the conflict lingered on largely due to the interest of the northern state elite in marginalizing the region and the resultant continued incomplete incorporation of the southern Sudan to the Sudanese polity. The processes that led to the deterioration of the situation and relapse to war are also analyzed, including the regional and international context of Islamization and the Cold War environment, which facilitated the end of the limited autonomy in southern Sudan and its further marginalization. This ultimately generated conditions favoring a renewed focus on militarization and armed opposition.

Finally, the book sums up the major findings of the study with respect to the theories that seek to explain origins of African conflicts. It concludes by locating the analysis within the debate over finding a framework for comprehensive understanding of insurgency formation in Africa.

ABOUT THE AUTHOR
Aleksi Ylönen is a Researcher at the Center for International Studies of the University Institute of Lisbon, Portugal. He holds a doctorate degree in International Relations and African Studies from the Autonomous University of Madrid, Spain. Dr. Ylönen’s research focuses on peace, conflict, and security issues in the Sudans and the greater Horn of Africa.