BEYOND THE CANEBRAKES: Caribbean Women Writers in Canada, Edited by Emily Allen Williams 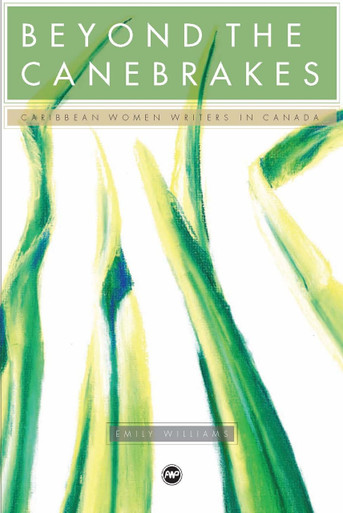 BEYOND THE CANEBRAKES: Caribbean Women Writers in Canada, Edited by Emily Allen Williams

Beyond the Canebrakes: Caribbean Women Writers in Canada is a text of fifteen essays and two interviews that examine the work of West Indian women writers living in Canada. The essays examine the work of literary artists Claire Harris, Olive Senior, Lillian Allen, Afua Cooper, Dionne Brand, M. Nourbese Philip, Nalo Hopkinson, Pamela Mordecai, and Makeda Silvera as an integral not marginal element of the Canadian and world literature canons. The authors of these essays and interviews dissect issues of history, gender, power, identity, and levels of discourse in moving scholars, researchers, and students into arenas of more vigorous study and critique of the West Indian woman writer in Canada. These essays further examine how these women writers literary works reflect their foundations as Caribbean-born while illustrating their movement beyond the canebrakesCaribbean homeland in a reflection and synthesis of their birth-home/heritage with diasporic-home.

ABOUT THE EDITOR
Emily Allen Williams is Professor of English at Savannah College of Art and Design. Her recent publications include Changing Currents: Transnational Caribbean Literary and Cultural Criticism (Africa World Press, 2006), The Critical Response to Kamau Brathwaite (Praeger Press, 2004), Anglophone Caribbean Poetry, 1970-2001: An Annotated Bibliography, (Greenwood Press, 2002), and Poetic Negotiation of Identity in the Works of Brathwaite, Harris, Senior, and Dabydeen (Mellen Press, 1999). Williams is a reviewer for CHOICE (American Library Association). She has published numerous essays and interviews in journals, including African American Review, Wasafiri, The Caribbean Writer, Canadian Literary Review, Journal of African American Men, CLA Journal, and Studies in the Literary Imagination. A Fulbright Scholar at the University of the West Indies in 2001, Williams next book to be published by Africa World Press will be the biography of Kamau Brathwaite.