African-American Freemasons: Why they should accept Al-Islam, By Mustafa Elamin 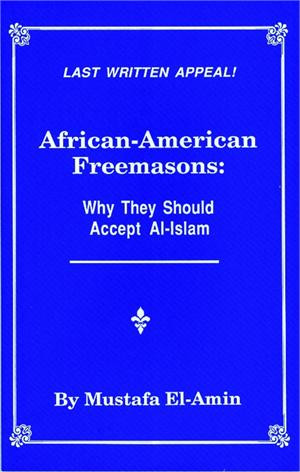 African-American Freemasons: Why they should accept Al-Islam, By Mustafa Elamin

Mustafa El Amin has devoted the last 15 years to the Study of Al Islam and Freemansonry. He has given sevral lectures on each subject. His work have led to positive dialogue between Muslims and Masons. In 1989 he addressed the Imperial Potentate and Executive Leadership of the Prince Hall Shriner. Mustafa has also given several presentations on Prophet Abraham. In 1989, He spoke at the International Seerah Conference, sponsored by the Muslim World League. His topic was "Prophet Abraham and the Seerah of Prophet Muhammad."